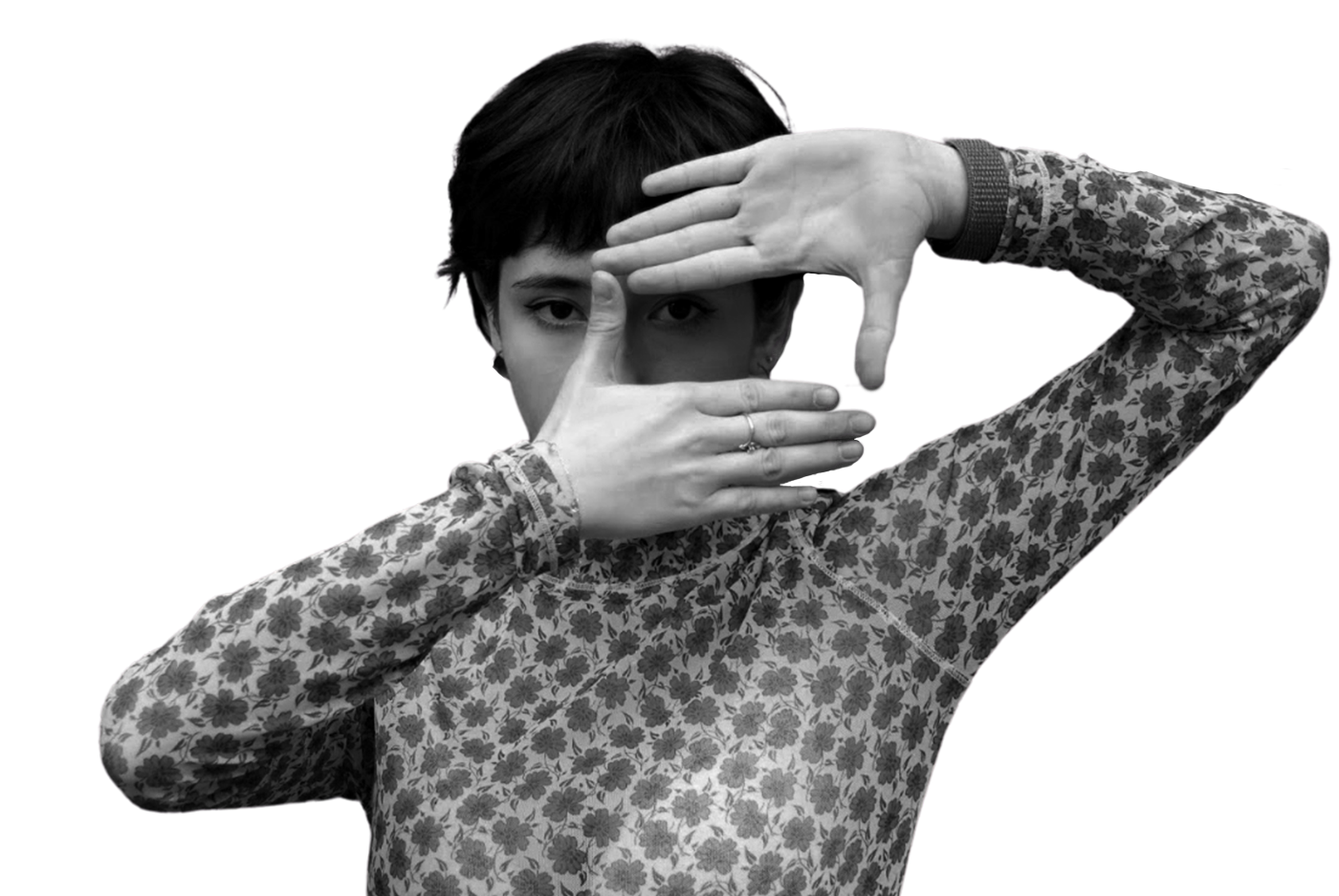 Our mission: Legal aid for the LGBTQ community to help form
a culture of protecting their rights and interests
More 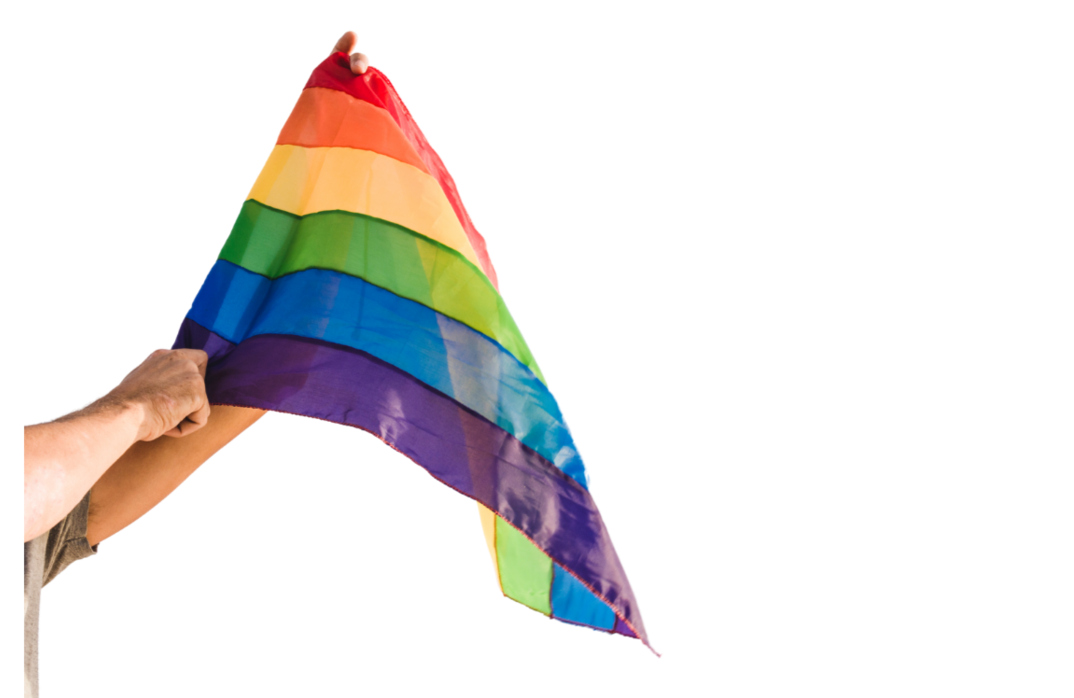 Make an appointment
For press and organizations
Telegram DELO LGBT+ 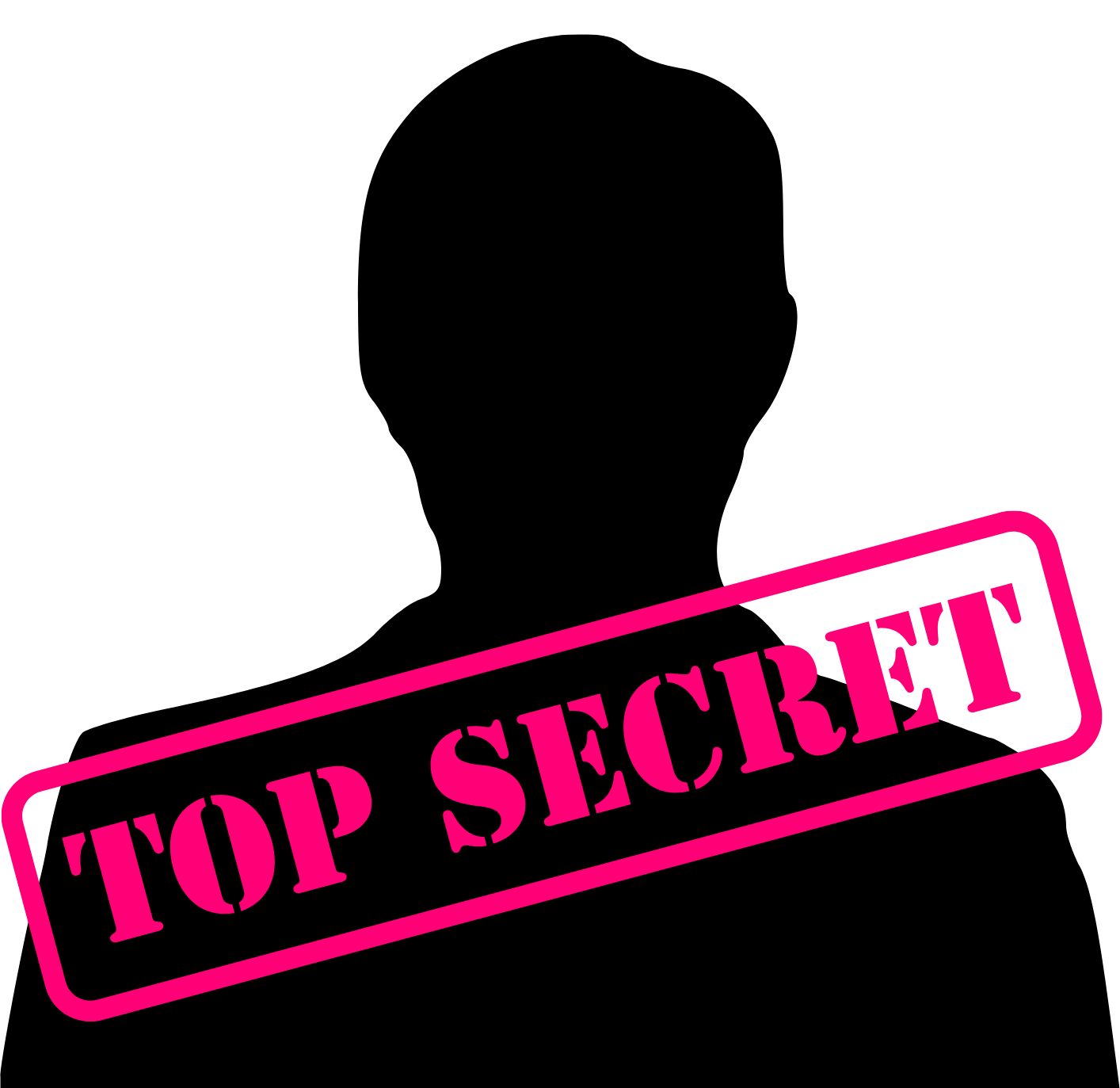 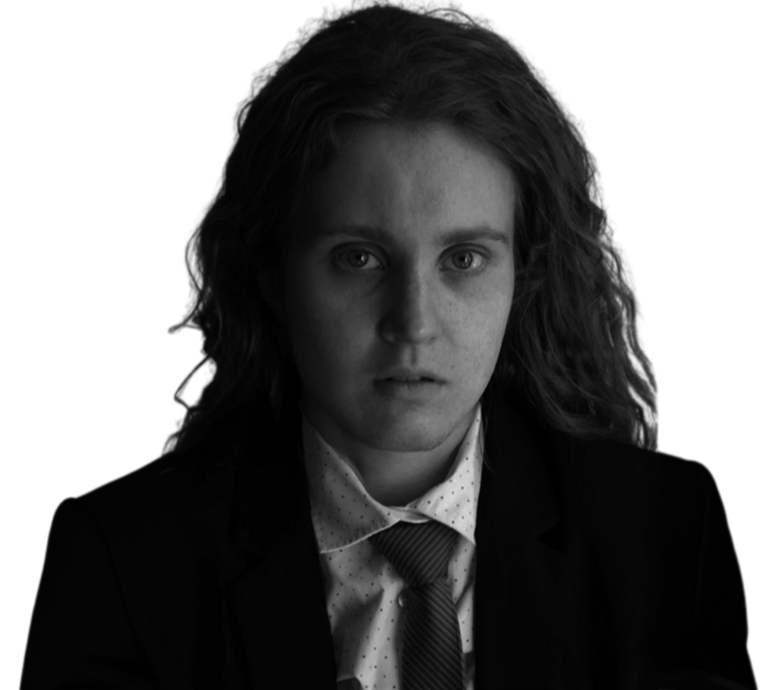 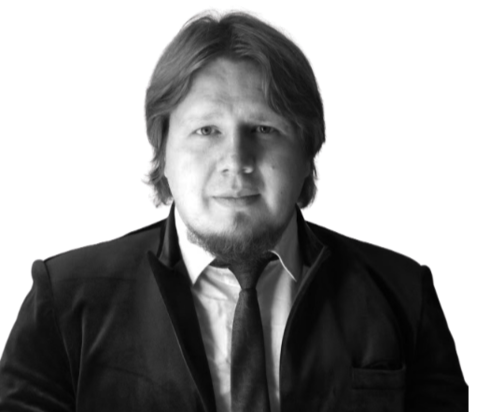 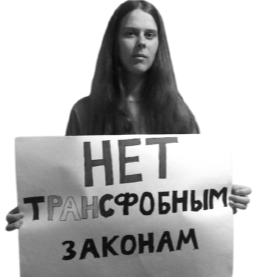 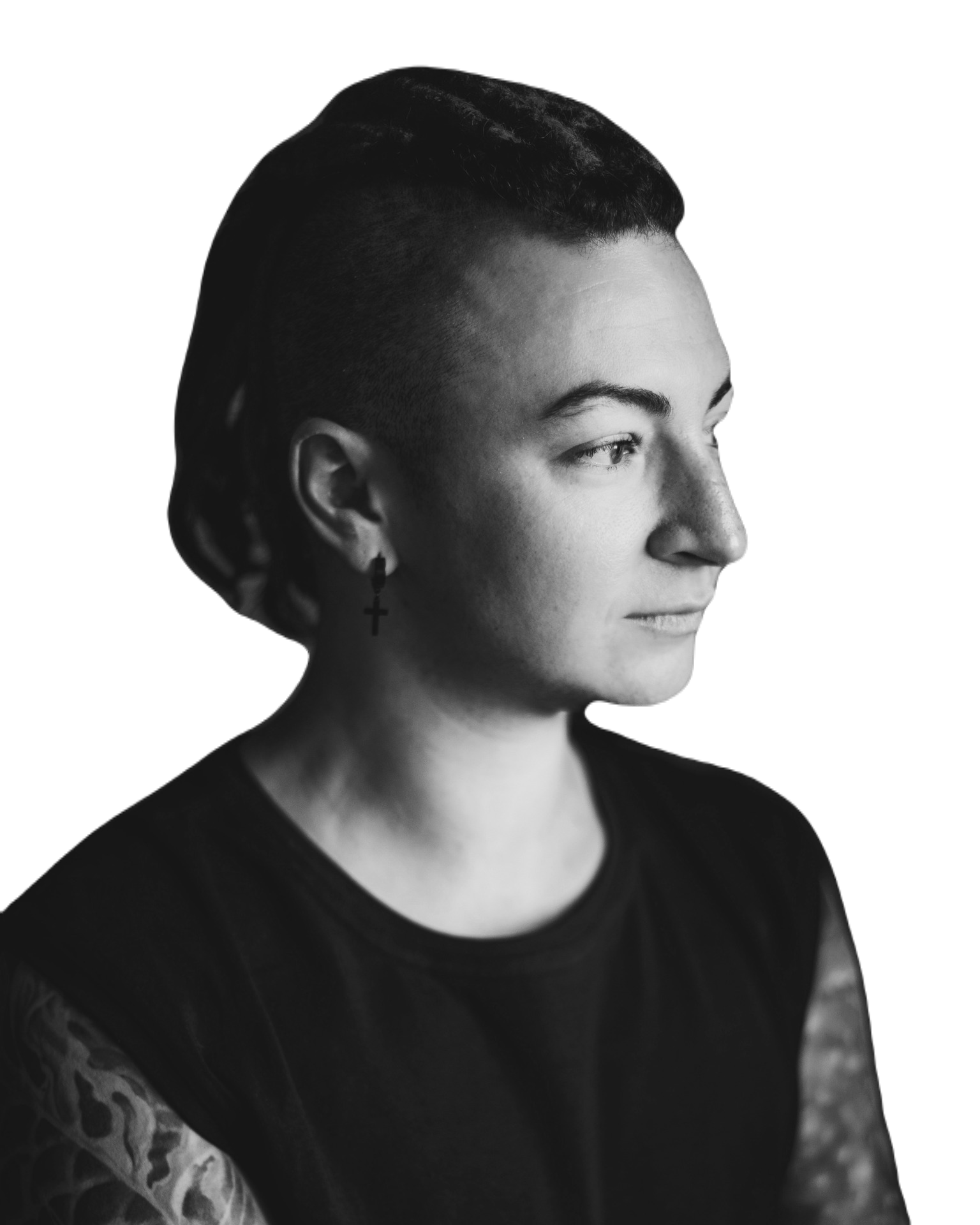 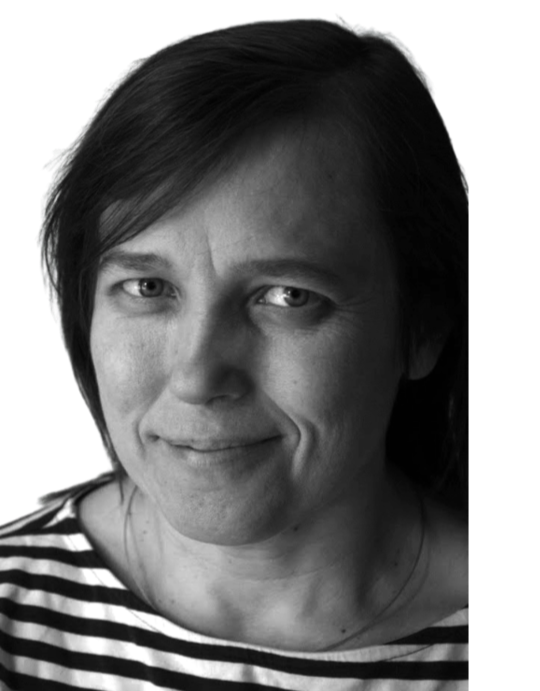 Members of control and audit commission: 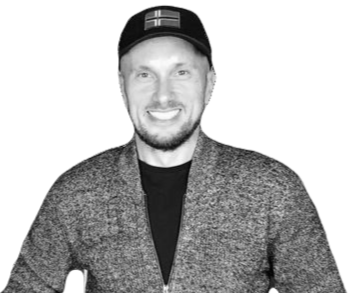 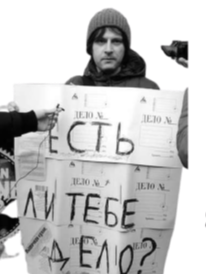 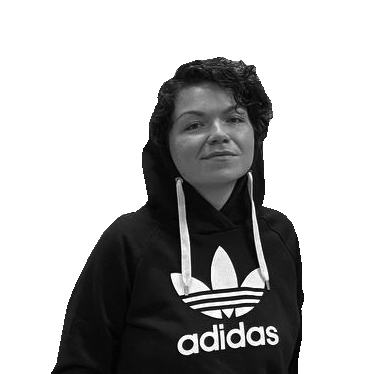 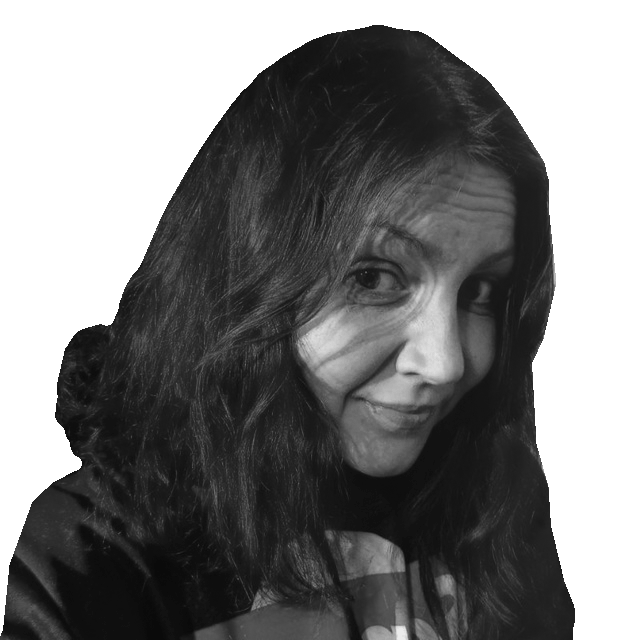 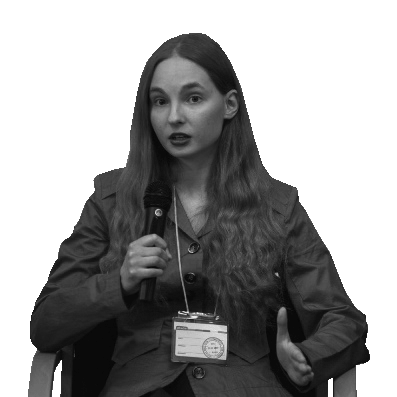 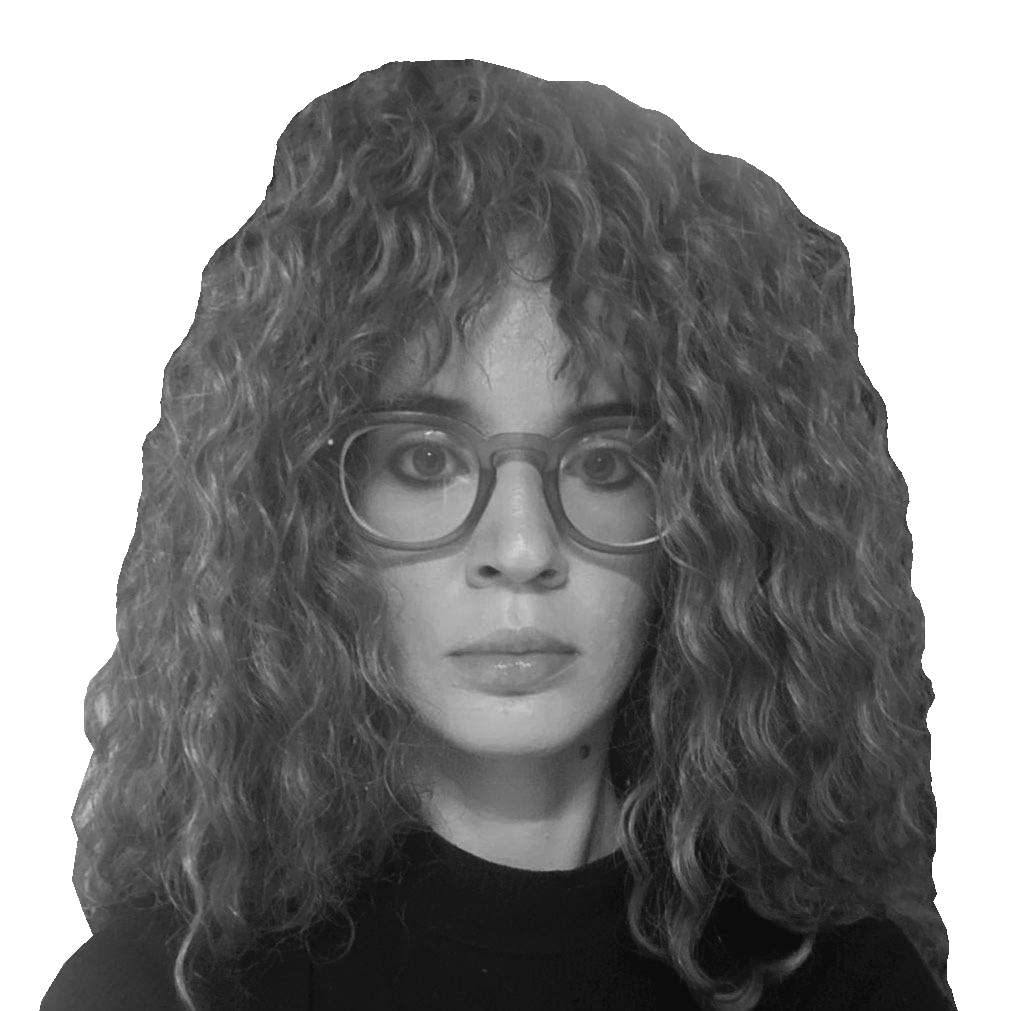 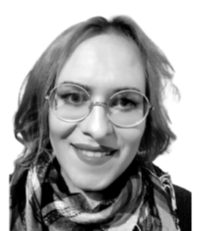 Participated in LGBT+ cases: defended detainees at May Day demonstrations in 2014, defended detained picketers at the Representative Office of the Chechen Republic in 2019, ruined the homopropaganda case at the Stanislav Markelov Memorial March in 2020, defended t*activists detained near the State Duma in 2020, rescued t*people from arrest for actions in 2020-2022; actively organized or participated in actions and campaigns of the LGBT community since 2012.

In 2011-2013 he was engaged in scientific and sociological research at the ANO "Institute of Globalization and Social Movements". In 2013-2019, he worked as an accountant in the trade union "University Solidarity", and since 2015 he combined this position with the position of executive director of the apparatus of the Trade Union "University Solidarity". From 2016 to 2019, he was an assistant to the O.V. Shein, the deputy of the State Duma of the Federal Assembly of the Russian Federation. In 2018-2020, he was a judicial representative in various public organizations.

In 2021 — 2022, he was a trial lawyer at OVD-Info, where, among other things, he is responsible for legal assistance related to LGBT issues. Specializes in the areas of criminal, administrative, labor law.

As an expert, he has repeatedly collaborated with the Russian LGBT Network, the LGBTQIAPP Resource and the Moscow Community Center, as well as various media. In 2007-2019, he was an activist in the movement for workers' rights, in 2014-2019 he was a member of the Control and Audit Commission of the All-Russian Union (Association) of Trade Unions of the Confederation of Labor of Russia.

Participated in the organization and conduct of most public protest actions of the LGBT community in Moscow over the past 10 years, was repeatedly detained by the police at pickets. He is a staunch supporter of collegiality in work, which is evident in the internal work and a healthy friendly climate in the team. And in order not to lose his legal experience, he participates as a defender and representative in landmark court hearings and the initial survey of applicants.

Philologist. Works as a translator from German and English, also knows Finnish and French. Responsible for the content of pages in the social. networks of "Rainbow Association" and "Action", including for the creation of original content.

Participated in LGBT activism since 2020. Participated in pickets against the Mizulina-Narusova bill in 2020, in the Open Art festival. Participated in the organization and holding of the Week against Homophobia in 2021. Since 2022, he has been coordinating the volunteer network of the Center for Socio-Psychological and Cultural Projects LGBTQIA Resource Moscow.

Calm, restrained, conflict-free. Always ready to help fellow workers. Has the ability to easily establish friendly relations with all members of the team.

Translator and accountant. For more than 15 years, he has been participating in the LGBT movement and defending the rights of HIV-positive people. Founder of ANO "Blue Bird" and "Rainbow Association", a member of various associations of LGBT Christians and HIV-positive people.

Lawyer, expert in medical law. Since 2017, he has rich experience in human rights activities in OVD-Info and Memorial, defending citizens unlawfully detained at street protests in courts.

He has a scientific title and a degree in medicine. For a long time he was engaged in teaching and scientific work, then practical as a psychiatrist.

Successfully uses, in addition to legal, knowledge of psychology and psychiatry for assistance and advice to persons seeking help from the organization. Handles cases in any way related to medical issues and psychological abuse. Consults as a psychiatrist, as a psychologist.

He is a convinced heterosexual, a model of tolerance. At the same time, he is well versed in the topics and problems of the community. In 2022, he participated in the Moscow elections as a candidate from the block of LGBT activists and won in the precincts.

A specialist in public relations and information support for the activities of both commercial and public organizations, which is confirmed by many years of experience in the Mayak, the Center T and large IT companies.

The child of activists, both parents are lawyers and human rights activists, who from childhood instilled in him the principles of service to society, democracy, altruism and collegial work.

Permanently resides in Vladivostok. No plans to relocate.

A lawyer and human rights activist, she has been working closely with the OVD-Info project since 2017. He has extensive experience in defending in courts and police departments of citizens detained for peaceful protests. From 2019 to 2020, she led the legal service of the OVD-Info project.

She provided legal assistance to women in the North Caucasus within the framework of the “Caucasus without a mother” project (working with statements about child abductions, domestic violence, in the field of family law). Repeatedly conducted training seminars for lawyers and advocates on the conduct of political cases in courts.

She took part in peaceful protest actions in defense of the rights of freedom of assembly, freedom of speech, against political repression, for equal rights of citizens, against war, for fair elections.

She inspires the team, regularly shares her experience, her free manners and kindness make it easy to establish and maintain working relationships with colleagues from various human rights organizations.

A lawyer, since 2019 she has been carrying out human rights activities, representing the interests of citizens and organizations in courts, including challenging the illegal actions of the authorities in connection with peaceful public actions. In 2020-2022, she was a lawyer for the Moscow LGBT initiative group Stimul. Since 2022, a lawyer for the Russian LGBT Network.

Since 2015, she has been involved in activism. She took part in the Rainbow Flash Mob, participated in pickets designed to draw attention to discrimination against the LGBT community in Russia. Participated in activities aimed at raising the visibility of violations of women's rights. Prior to the introduction of a ban on holding public events, she took part as a speaker at public events dedicated to International Women's Day.

Participated in LGBT+ cases: defended many LGBT activists in criminal cases, represented the interests of LGBT organizations in courts, organized and participated in actions and campaigns of the LGBT community since 2010.

She completed her postgraduate studies in 2012. Lawyer, status received in November 2011, since then she has been continuously in private practice, and also acts as a defense attorney by appointment in criminal cases. She has extensive experience in handling cases of hate crimes, changing documents for transgender people, and also understands labor law and the mechanism for challenging the status of a foreign agent. She has experience defending in jury trials.

She has also been engaged in LGBT activism since 2009, took part in many educational and activist events herself and defended their participants in pro bono courts. She is the founder of the Rainbow Association, the Queer Space (“Queerarea”), the Equality at Work Coalition, and has led these organizations for a long time.

She has extensive professional and activist experience, which she is always ready to share with her colleagues. Able to work effectively under any circumstances and in any condition. Participated in various talk shows on Russian television.

Dossier №9
Polina Simonenko, Member of the Board of IG "Action"

Dossier №11
Alexey Sergeev, Coordinator of the "Alliance of Heterosexuals and LGBT People for Equality"

Vision of the society of the future in 10 years: The LGBT community in Russia is a close-knit social group with clearly defined interests, whose representatives are ready to independently apply to the authorities to protect their rights and interests, while the number of activists of those LGBT organizations that are mainly financed by the LGBT people themselves and LGBT businesses in the country.

In the long term, these actions will contribute to the restoration of civil society institutions in Russia, the establishment of a tradition to respect the interests of the LGBT community and its representatives on an equal basis with the interests of other social groups, to provide equal legal and real opportunities for their implementation and protection, as well as the reintegration of Russia into the international community.

Vision of our organization in 10 years: We are the largest Russian registered public organization, which is a recognized expert in working with the LGBT community in the legal field, initiating discussions on the implementation of the interests and rights of LGBT people in government bodies and facilitating the development of anti-discrimination legislation, providing legal and methodological support for members of the LGBT community fighting for their rights.

Подтверждение возраста
Для использования сайта необходимо подтвердить свое совершеннолетие
our strategy
Catfishing and predatory set-up dates
our strategy
Help for LGBTQ activists
our strategy
Legal assistance for LGBTQ parents
our strategy
Discrimination at work or school
our strategy
Refusal to initiate criminal proceedings
Verification of age
Are you a person of majority age
Yes, I am over 18 years old
No, I'm under 18 years old
I'm sorry, but you are not allowed to visit this website.